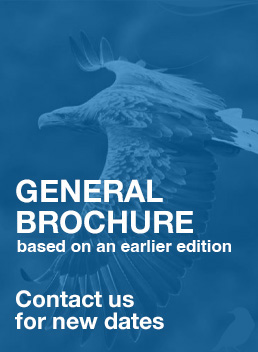 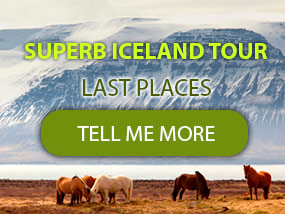 40 Good reasons for Birding in Spain

Why bother with Birding in Spain?

Well, we can think of at least 40 good reasons to come birding in Spain…

Birds which are endemics or near endemics to the Iberian Peninsula

The Iberian Woodpecker is now widely accepted as a species in its own right. It is widespread and relatively common throughout much of its range.

You can see The Iberian (Green) Woodpecker at a number of sites, even at this itinerary on the edge of Barcelona city: Llobregat Delta Itinerary

Coto Doñana in Andalucía and Monfragüe National Park in Extremadura are well known sites for the Spanish Imperial Eagle, Europe’s only endemic eagle.

In northern Spain the Iberian Chiffchaff breeds west of a line going through Navarra. Identification of this species is difficult so it’s important to be familiar with its song.

One place you can look for the Iberian Chiffchaff is in the Foz de Lumbier, Navarra.

The Balearic Shearwater can also be seen regularly off the Catalan coast, although it is scarce between June and September.

The Balearic Warbler resembles a Dartford Warbler, but is endemic to the Balearic Islands, and is not difficult to observe on the island of Mallorca – check out this itinerary, for example: Birding in the Arta peninsula Itinerary

The Iberian Magpie, previously known as the Azure-winged Magpie, has recently attained species status and is restricted to the Iberian Peninsula. It is quite straightforward to observe the Iberian Magpie in parts of Extremadura and Andalucía, especially in Cork Oak dehesa and at picnic sites surrounded by Umbrella Pine.

Read all about this species in “Flying over the Pyrenees, standing on the plains” – the enigmatic and elusive Dupont’s Lark has a whole chapter dedicated to it.

Also check out this itinerary at what is surely the best site for Dupont’s Larks in Spain: Birding in Belchite steppes and the river Ebro Itinerary

Previously known as the Western Olivaceous Warbler, the Isabelline Warbler is rare and localized in the north of Spain but is not uncommon in parts of southern Spain, especially in Andalucía.

One place to concentrate your search for this species is in the Coto Doñana.

The White-rumped Swift is a late migrant, and arrives in its local breeding areas in Andalucía and Extremadura in May. Monfragüe is a well-known area to look for this species, although you could find others in the region if you keep your eyes well open.

The range of the rare and local Little Swift in Spain is currently restricted to a few known sites in southern Andalucía.

The Thekla Lark is widespread, but be careful! For identification purposes it can be very difficult to separate from the Crested Lark! Habit and habitat are good initial indicators…

A good place to look for Thekla Larks is described in the following itinerary: Birding in Mallorca - Cap de Ses Salines Itinerary

The Black Wheatear is quite a shy bird which likes barren, rocky and sunny slopes in the more arid areas of Spain. The Black Wheatear has disappeared from parts of its range in northeast Spain but can still be found along the edges of the Ebro Valley.

Black Wheatears can be seen along the following itinerary: From la Fatarella to Faio Itinerary - River Ebro

Coto Doñana and the wetlands of Valencia are probably the best places to search for this rare species of coot on the Spanish mainland.

Red-knobbed Coots can also be seen on the island of Mallorca, at the following itinerary: Birding in Albufera Natural Park Itinerary

If you are looking for a Red-necked Nightjar you may get lucky at the following itinerary: Birding in the Montsec Range

Where: The Pin-tailed Sandgrouse is one of the two species of sandgrouse that can be found in Europe, almost exclusively in the Iberian Peninsula. A good place to look for them is in the Ebro Valley steppes.

Where: The Black-bellied Sandgrouse frequents similar areas to those favoured by the Pin-tailed Sandgrouse, and can often be seen in close company with that species in the Ebro Valley steppes.

Try this itinerary for Black-bellied Sandgrouse: Birding in the Monegros - Bujaraloz Itinerary

Where: The plains of Lleida are a stronghold for the Little Bustard in the north of Spain. Listen out for the males’ curious raspberry blowing display in April and May.

Try this itinerary for Little Bustards: Birding in the Drylands of Lleida Itinerary

Where: In spring the Great Bustard’s lekking display is a wildlife spectacle that should not be missed. Extremadura is an excellent place to seek out this species.

Where: The Spanish Pyrenees are probably the best place in Europe, if not the world, to see the spectacular Lammergeier, or Bearded Vulture as it is also known.

Where: There are large populations of the Black Vulture in Extremadura, and it has been reintroduced into the Pyrenees of Catalonia. Monfragüe National Park is an excellent place to see good numbers of Black Vultures.

Where: Around 70% of the world’s population of the rare Audouin’s Gull breeds in the Ebro Delta.

Try this itinerary for Audouin’s Gulls: Birding in the Ebro Delta Itinerary

Where: The Southern Grey Shrike, or Iberian Shrike as it is also known, is fairly widespread, although nowhere common, in warm, open, bushy areas.

Where: The Citril Finch is a European endemic which is not too difficult to spot in Spain’s highest mountain ranges.

Where: The Marbled Duck is a rare species in Europe. In Spain Andalucía and Valencia are the best places to look for this species. Specific sites to concentrate your search for the Marbled Duck are Coto Doñana and the Albufera in Valencia.

Where: The White-headed Duck is a protected species that is more readily observed in Andalucía, Valencia and Castilla la Mancha.

White-headed Ducks can be seen at Coto Doñana, for example.

Where: The Griffon Vulture has increased in numbers and expanded its range in recent decades and is now widespread and common over much of Spain.

The Pyrenees, Pre-Pyrenees and mountains of Tarragona are all good places to look for Griffon Vultures.

Where: The Egyptian Vulture has suffered declines in recent decades but is still relatively easy to spot in the Pyrenees and Pre-Pyrenees, for example.

Another site where you can look for Egyptian Vultures is along this itinerary: Birding in Els Ports Itinerary

Where: In Spain Mediterranean-type mountains are the main haunt of the Bonelli’s Eagle, which is a rare species in the rest of Europe.

Try this itinerary for Bonelli’s Eagles, but remember that some patience may be needed: Birding in the Sierras of Cardó and Boix itinerary.

Where: The Lesser Kestrel is a globally threatened species which can be seen in the Ebro Valley steppes between March and September.

Try this itinerary for the Lesser Kestrel: Birding in the Monegros - Bujaraloz Itinerary

Where: The Purple Swamphen (aka Purple Gallinule) is relatively easy to observe in the Ebro Delta, Aiguamolls de l’Empordà, Coto Doñana and other wetlands.

Try this itinerary for the Purple Swamp-hen: Birding in the Ebro Delta North Itinerary

Try this itinerary for the Great Spotted Cuckoo: Birding in the Monegros Alcolea to Candasnos Itinerary

Where: The Lesser Short Toed Lark is Spain’s smallest lark and is locally abundant in areas of the Ebro Valley Steppes.

Try this itinerary for the Lesser Short Toed lark: Birding in the Belchite Steppes

Where: The Spectacled Warbler is relatively scarce in arid regions and salt marshes with sparse scrubby vegetation.

Try this itinerary in the the Ebro Valley steppes for the Spectacled Warbler: Birding in Monegros Alcolea to Candasnos Itinerary

Where: The Dartford Warbler is relatively common and widespread in open garrigue and maquis in many warmer parts of Spain.

Try this itinerary for the Dartford Warbler: Birding in the Garraf Massif Itinerary

Where: The Spotless Starling is the starling most commonly seen on rooftops and buildings in much of Spain.

Where: The Red-billed Chough breeds in habitats ranging from dry lowland plains in the Ebro Valley to mountainsides at altitudes of over 2,000 metres! Fascinating!

Try this itinerary for the Red-billed Chough: Birding in Odesa National Park Itinerary

Where: This species is quite discreet but relatively widespread in many of the drier regions of Spain. Search for Rock Sparrows in rocky areas of the Ebro Valley and the Pre-Pyrenees, for example.

Try this itinerary for the Rock Sparrow: Birding in Gallocanta Lagoon Itinerary

Where: The Trumpeter Finch breeds in the most extreme arid regions of Spain, especially the Cabo de Gata, although it has also been recorded recently in the Ebro Valley steppes.

Where: The Black-winged Kite has a stronghold in Extremadura and Andalucía although it has extended its range since the mid-1990s to include Catalonia and other parts of northern Spain.

You may want to try this itinerary for the Black-winged Kite, bearing in mind that the species is not always present: Birding in the Drylands of Lleida Itinerary

If you still need some more reasons to come birding in Spain we could mention Wallcreepers, Alpine Accentors, Black Woodpeckers, Eagle Owls, birds of prey… Or excellent rural Hotels. Or sunshine and warm weather. Or….fun! 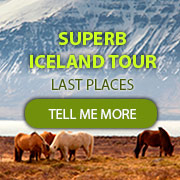