The River Ebro - Meanders and Cliffs

Two itineraries are offered here, the first for its range of birds, and the second for its birds, scenery and solitude.

No-one will claim that Flix is a beautiful spot, with its almost omnipresent chemical plant and the nuclear power-station nearby at Ascó, but then again no-one in the know will deny that it's a place where a good variety of interesting birds can be seen in a short space of time.

Surprisingly, only a short distance separates Flix from the start of the second itinerary, although it's like a leap into another world. A world of solitude and silence on the banks of Spain's mightiest river

Bird Species that can be found in the Meanders and Cliffs of the Ebro Delta: 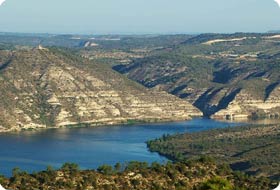 Meanders and Cliffs of The River Ebro Itineraries: 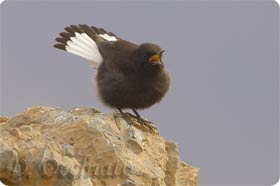 Vital Info: The Sebes Reserve at Flix is one of the more reliable birding sites in the region for Kingfisher.

The area between Mequinenza, Faió and Flix was one of the main stages of the Battle of the Ebro in the Spanish Civil War.