The Natural Park of Cap de Creus forms the easternmost part of the Iberian Peninsula. It's projection into the sea makes it an ideal site for seawatching as well as for migrant birds, often grounded by the strong north-easterly wind known as the Tramuntana. Essentially made up of areas of bare rock, low scrub and patches of pinewood it maintains a varied birdlife well worth investigating.

Note: this itinerary can be combined with a visit to the Aiguamolls de l'Empordà (another day). Salvador Dalí fans shouldn't miss Port Lligat, Dalí's home for many years, and the Dalí museum at Figueres.

Bird Species that can be found in Cap de Creus Natural Park:

Just like being in the Cap de Creus: listen to the natural sounds of the Natural Park 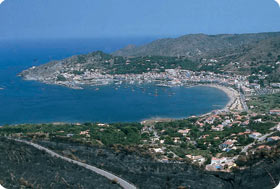 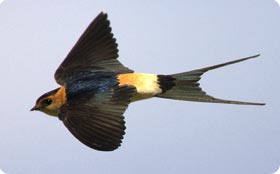 Vital Info: This natural park offers some of the best birding of the Costa Brava but can get very busy in the summer.

Recommended for birders who are also Salvador Dalí fans.