Montgrí is the name belonging to a calcareous massif on the Costa Brava between l'Escala and l'Estartit. It is an area dominated by low scrub, garigue, with isolated patches of pine woodland. Wetland birds have a foothold in the area too, with the Illes Medes and the Ter Vell Lagoon, as well as the River Ter.

Birding around this relatively uninhabited massif is a welcome contrast to the tourist complex dominating most of the Costa Brava, and can reveal a surprisingly rich birdlife in a short period of time.

Bird Species that can be found in Montgrí: 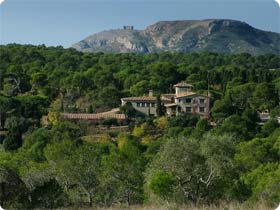 Montgrí Massif Itinerary:
You don't have to go birding far from the hotel to see Bonelli's Eagle, Pallid Swift, Night Heron and much more. Just follow this itinerary. 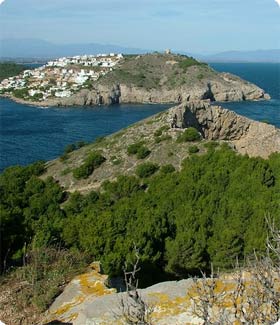 Vital Info: L'Escala is famous for its anchovies. The Illes de Medes is a diver's paradise